The “Magic Tree” is an Indian adaption of the “Magic Shop”. It takes into concern, that Magic Moments are still part of the day to day life in (rural) India. 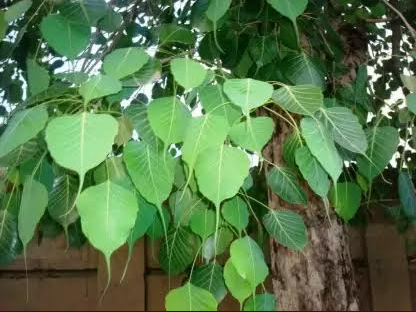 The Magic Shop / Magic Tree method helps in short term interventions in a playfull manner – mostly within a group setting – to empower the personal growth and development.

Wishfullfiling Trees you can see all over India. They are called Kalpavriksha. The idea derives from the well known Samudra Manthan story (Churning over the ocean of Milk), which is part of the Indian wisdom. And it is in daily use of millions of believers.

To get something from the tree, (a) you have to approach the tree and thus admit your need; (b) you have to be clear what you need; (c) you depict it in some way (d) you give as a symbol this wish out of your hands and out of the power of doing it yourself and hang it on the tree. (e) in many places there is a little shrine attached to the tree. In order to reach the tree properly you have to crawl through a narrow gap. All people surronding you will see it and you have to humble yourself and do some effort to become small again.

The Magic tree work uses the same: a) admid your need in apporach b) name your need c) take a symbol, d) give it away as to looses the effort of self-doing e) make some symbolic joyful journey.